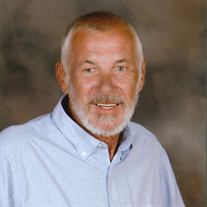 A visitation of family and friends will be from 3:00 – 7:00 p.m. on Thursday, August 12, 2021, at the Wenner Funeral Home in Richmond for David “Scrap Iron” Wagner, Age 68 who died peacefully at the St. Cloud VA on August 2, 2021. Inurnment will be at the St. John’s Lutheran Cemetery, Garfield, MN. David was born on July 26, 1953, in Alexandria, MN to Charles and Laura (Fiebranz) Wagner. After serving in the U.S. Army, he worked as a Machinist and then acquired a degree as a Computer Programmer. David enjoyed hunting, fishing, riding his Harley, spending time at the cabin and laying on the couch on Sundays to watch racing. Survivors include his mother, Laura Wagner, children, Bridget O’Byrne, Sara Trebtoske, Amy Ackman; grandchildren, Michael Wagner, Haley O’Byrne, Leah, Avery and Jakey Trebtoske; brother, Steve Wagner He was preceded in death by his father, Charles Wagner; daughter, Megan Wagner; siblings, Donna Wagner and Robert Wagner.

The family of David "Scrap Iron" Wagner created this Life Tributes page to make it easy to share your memories.

Send flowers to the Wagner family.