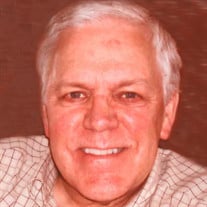 Gary Zumwalde, 63, entered into eternal life on Wednesday, August 31, 2016. His life was one of deep devotion to his wife, family and his Catholic faith. Mass of Christian Burial will be 11:00 a.m., Tuesday, September 6, 2016 at Sts. Peter & Paul Catholic Church in Richmond, MN. Burial will be private at the Minnesota State Veterans Cemetery in Little Falls, MN. Relatives and friends may call from 4:00 p.m. – 8:00 p.m. Monday, September 5, 2016 at the Wenner Funeral Home in Richmond, MN and from 9:00 a.m. – 11:00 a.m. Tuesday morning at the Church. Gary was born on March 28, 1953 in Richmond, MN to Ralph and Linda (Ethen) Zumwalde. On June 24, 1988, he married Linda (Otte) Melville at Sts. Peter & Paul’s Church in Richmond, MN. They made their home in St. Cloud, MN for 23 years where Gary was employed at the St. Cloud Post Office. Upon retirement in 2011, Gary and Linda moved to Mankato, MN. Gary graduated from Rocori High School in 1971, where he played baseball and had the lead role in the play “To Kill a Mockingbird.” During his freshman year he achieved the level of Eagle Scout. Gary served 5 years in the US Navy. He enjoyed playing softball, bowling and watching NASCAR. He was a member of Sts. Peter & Paul’s Church in Richmond, MN and the American Legion 428 in Waite Park, MN. After experiencing symptoms for a number of years, Gary was diagnosed with Multiple Symptoms Atrophy in 2012. As his health declined, he remained positive, thankful for all the care he received and never complained. Gary is survived by his wife and caregiver, Linda; daughter, Jenny (Ramzy) Filfili; granddaughter, Olivia; siblings, Mary Kay (Fred) Newman, Jeanne (Mark) Zenner, Alan (Diana) and Brian; and six nephews and five nieces. He was preceded in death by his parents.

Gary Zumwalde, 63, entered into eternal life on Wednesday, August 31, 2016. His life was one of deep devotion to his wife, family and his Catholic faith. Mass of Christian Burial will be 11:00 a.m., Tuesday, September 6, 2016 at Sts. Peter... View Obituary & Service Information

The family of Gary Walter Zumwalde created this Life Tributes page to make it easy to share your memories.

Send flowers to the Zumwalde family.