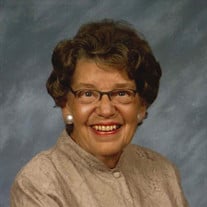 Mary Lee Wahlin, 84, of Red Wing passed away on Tuesday, August 23, at the Assumption Nursing Home in Cold Spring, Minnesota. She moved to Cold Spring in July and spent the last few weeks surrounded by family members. Mary was born on June 29, 1932, in Washington DC to Frithjof (F.C.) and Lorena Ness. The family moved to Red Wing in 1946, and Mary graduated from Red Wing High School in 1950. On September 3, 1955, she married her soulmate, Robert Wahlin. Mary started working at the Red Wing Public Library in 1951, she left to raise her family following marriage and returned in 1969 until retirement in 1996. She also worked for the Red Wing Republican Eagle – serving as society editor on a piece called Between Us Girls in 1956, writing a weekly column called Town and Country from 1957 to 1959, and providing correspondence for the Welch township from 1957 to 1965. Mary loved to read a good book, write poetry, play cards and games, listen to the Minnesota Twins, spend time with good friends – but most of all, she loved and was extremely proud of her family. Mary is survived by her children Jerry (Jane) Wahlin of Cold Spring, MN, Mike (Deidre) Wahlin of Ames, IA, and Bobbi (Bill) Kasper of Fergus Falls, MN; grandchildren Andrea (Gabe) Fetzek, Samantha (Brian) Vogel, Casey Wahlin, Jacob Wahlin, Tanner Wahlin, Simon Kasper, Lucas Kasper, and Joshua Kasper; great-grandchildren Jax, Aleah, and Cecelia. She was preceded in death by her parents, brother Warren Ness, and husband Robert. A celebration of Mary’s life will be held on Sunday, August 28, at 2:00 pm, at Cross of Christ Lutheran Church, 24036 County 7 Blvd., Welch, MN 55089, with a reception to follow. A visitation with the family will occur on Saturday, August 27, from 4:00 to 6:00 pm, at the Mahn Family Funeral Home, 602 Plum St., Red Wing, MN 55066. In lieu of flowers, donations are suggested to the Friends of the Red Wing Public Library, 225 East Ave., Red Wing, MN 55066.

Mary Lee Wahlin, 84, of Red Wing passed away on Tuesday, August 23, at the Assumption Nursing Home in Cold Spring, Minnesota. She moved to Cold Spring in July and spent the last few weeks surrounded by family members. Mary was born on June... View Obituary & Service Information

The family of Mary Lee Wahlin created this Life Tributes page to make it easy to share your memories.

Send flowers to the Wahlin family.